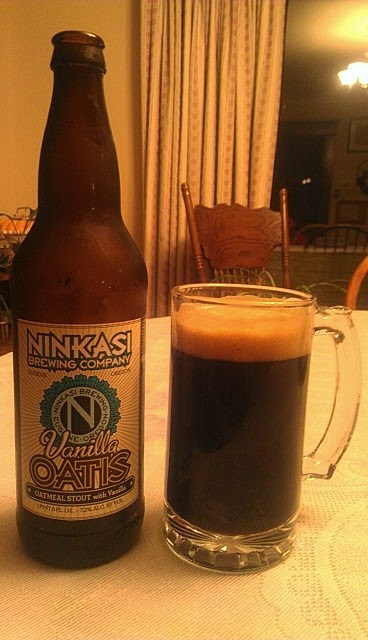 The Audio is disturbingly terrible, it sounds like a ghost hunter video...
When I'm on the east coast I long for Fred Meyers grocery store, there just isn't anything like it in NYC. Its like if Whole Foods and Target had a baby.
But just look at it! Local brews on tap, growlers to go, and their cold micro brew selection smashes most grocery stores entire beer isle; warm, cold, crafts, doms, & imports combined.

Ninkasi, out of patchouli smellin', drum circle playin', hippie ass Eugene, Oregon; arguably one of the best breweries on the planet, just had to be in my blog. Their oatmeal stout named Oatis gets even better seasonally when it transforms to the sweet ice coffee flavor of Vanilla Oatis. Look at that color, Its non-translucent (I'm sure their is a word for that....science anyone?)

Overall synopsis: Milk n cookies for adults that want their cookies to come with a nice buzz.