Waste Not vs Want Not: Do Beer Drinkers Care? Recently I had the pleasure of attending an event thrown by Sam Calagione (DogFish Head Founder/President) & Mario Batali (Star of Iron Chef and several other of his own cooking shows), at Birreria their microbrewery/bar, above Batali's popular Eataly, in New York City.

They were celebrating the premier of the latest episode of their new Web-series: That's Odd, Let's Drink it! This episode was about food waste. Apparently Americans throw out/waste, up to as much as 40% of our food. Batali' and Calagione decided to address this issue and develop a new beer called Waste Not Pruno. The word pruno comes from an Italian term for a wine made by prison inmates using whatever ingredients they are able to get their hands on. We're talking about scraps of bread, canned fruit cocktails, even ketchup.

For the beer version of Pruno, the idea was use quality ingredients that are on their last legs, close to expiration, and would normally have been thrown out. Ingredients of Pruno include overripe tomatoes, grapefruit, oranges, and ugly fruit. Its a wheat-based brew, served from a cask, that sneaks in a 7.1% ABV that feels much lighter, despite packing in some serious flavor.

Pruno was the center of attention, behind a bar that included an excellent array of beers. An almost total Dogfish Head takeover, was accompanied by a few taps of NYC's newest all-star brewery, Other Half. Other Half is currently the most sought after beer maker in the area, with lines wrapping around their building whenever they offer a new can release. I got to meet their two brewer/owners. It was pretty amusing to me that not only were they wearing their own brand tee-shirts, but they were also drinking their own beer at an event focused on Dogfish Head and the Pruno. They seemed like awesome guys.

WastED, NYC based pop-up restaurants, were created around the theme of decreasing food waste. Menu items have included items like fish heads and collars, broken razor clams with pig's ear vinaigrette, monk fish tripe, bruised fruits, and semi-wilted vegetables.
The name WastED is also used for an associated community of chefs, farmers, fishermen, distributors, processors, producers, designers and retailers. These groups are all working together to re-conceive “waste” that occurs at every link in the food chain.

"Our goal is to celebrate what chefs do every day on their menus (and peasant cooking has done for thousands of years): creating something delicious out of the ignored, or un-coveted, and inspiring new applications for the overlooked byproducts of our food system."

We capped off the evening watching the featured episode of That's Odd, Let's Drink it! You can watch the episode here:

So, apparently some beer drinkers do care about not wasting food, and are making efforts towards change.  I'm doubtful this mentality is the norm. How about you? Does food waste matter to you? Would you go out of your way to buy beers that were proactively working to help reduce the problem, if they also tasted great?
Posted by Dylan J.K. at 8:31 PM 1 comment:

It's been an odd year, I found myself listening to more pop music than ever before. I've always been a guy to shit on the Biebers & Britneys of the world. It seems that the other genres I've always loved: hiphop, punk, alternative, electronic, indie-rock, soul, pretty much everything, has all kind-of mashed its way into pop music over the years. In 2015 it hit a peak of integration.

For a year that I've paid more attention to beer than music, the hard part was choosing the 20 best albums. The fun part was pairing the perfect beer to drink to really match the mood of each of them.
Warning: I don't recommend you making a play list and finishing each one of these beers by the end of each song. There are some heavy hitting ABV brews in this list...lets live to drink another day. 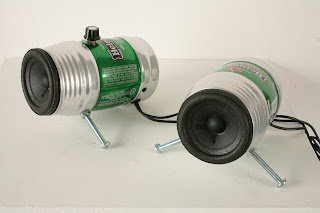 20. Beach Slang - The Things We Do to Find People That Feel Like Us. A little beach atmosphere in the winter, stay in side, crack this album, drink SanTan's Mr. Pineapple wheat ale.
I Break Guitars

17. Internet - Ego Death  Internet makes mood music, girl on girl mood music. Try pairing with Naughty Girl Stout from Right Brain and invite that friend over that your lady is always mentioning looks pretty...just a joke! Unless you think you can actually pull it off...
Girl

16. Erykah Badu - But You Caint Use My Phone combined with Cedar Creek Elliot's Phoned Home. Both the album and the beer play off of a phone theme, and an eerie extraterrestrial vibe that Erykah, Andre 3000, and E.T. all share.
Hello feat Andre 300

15. Sufjan Stevens - Carrie & Lowell along side Rainier. In 2004 a bear drank 36 cans of Rainier he found at a campsite. He didn't touch a single can of the Busch beer that was there... For obvious reason even a bear can tell.
Should Have Known Better

14. Bomba Estereo - Amanecer while sipping The Bruery Or Xata. Combine sounds and flavors of the south. No not that south, souther than that. Keep going until they start serving plantains and arepas.
Amanecer 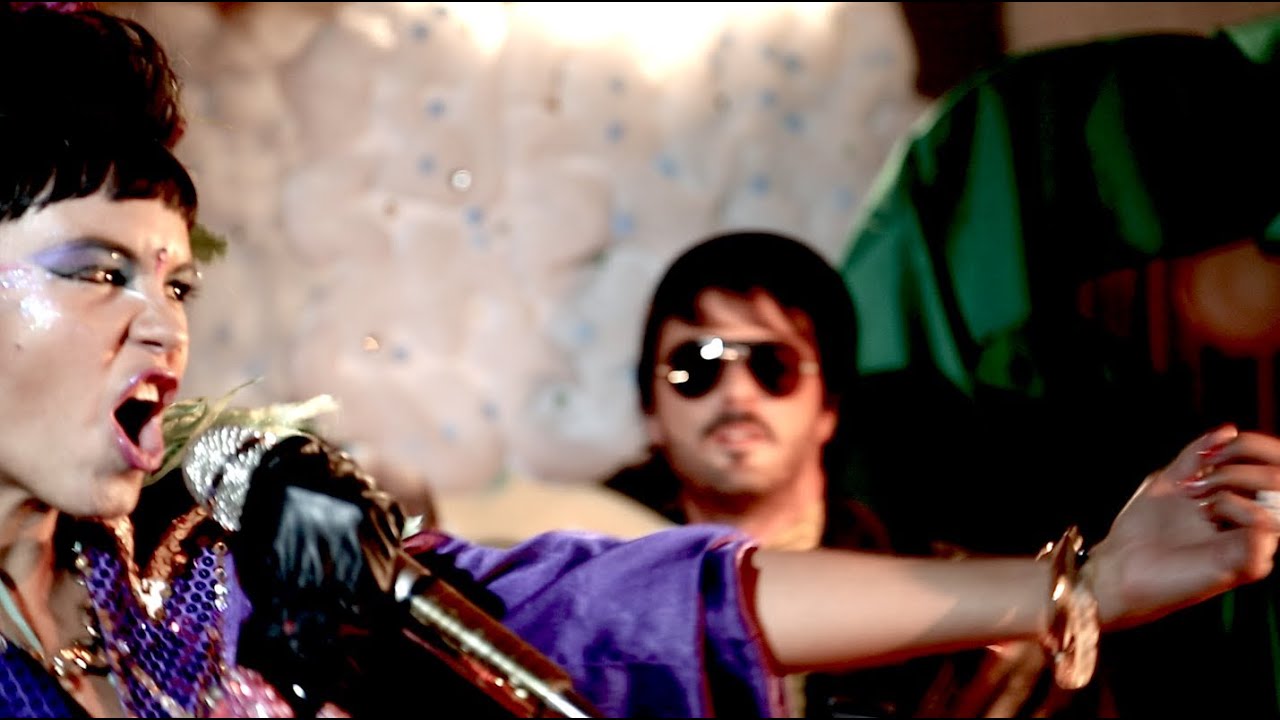 13. Jamie XX - In Colour while entertaining your taste buds with Deschutes Back Butte XXVII. Maybe this is Jamie the 20th, maybe Deschutes is saying seven beers kissed twice. Probably I'm just reaching in all contexts, but this is a damn good beer and one of the best electronic albums out.
SeeSaw

10. Clutch - Psychic Warfare with ammunition from BrewDog I Hardcare You double IPA. There's no messing around here. This is music for serious metal heads, and beer for those that can handle seriously high IBU (80).
X-ray Visions

9. Drake - If You're Reading This It's Too Late. I got energy, got a lot of energy, Kona Pipeline Porter brewed with freshly roasted 100% Kona coffee from Hawaii, provides some energy for you to bust out your best hotline bling dance moves.
Energy 8. Amy Soundtrack complimented by Dogfish Head 120 minute IPA. At 18% ABV 120 minute is a beast in a glass. I love me some Amy Winehouse, she was one of a kind. Let's cheers to her the way she would have wanted, with a ridiculously highly alcoholic beverage.
Back to Black

7. Adele -25 with a champagne beer for a classy lady with an impeccable voice. A toast "to class" with Goudenband Liefmans, Flanders Oud Bruin style.
Hello

6. Skrillex-Diplo - Jack U featuring Justin Blabaer by Evil Twin's berliner weissbier. Skrillex & Diplo helped rejuvenate Bieber's career and find him a broader audience. The comedy central roast definitely helped too. Evil Twin pays tribute to the mockery of, probably the most famous singer on the planet, with this delicious berliner weissbier. Yeah, you're pretty punny Evil Twin.
Where Are U Now?

5. Drenge - Self Titled jammin' with Scary Jesus Rockstar pale ale by Dark Horse. A band and a beer that are both fiercely underrated. These are for those looking to really go hard. Scary Jesus Rockstar has the flavor punches of an IPA but crushes like a pale ale. Its what most sessions wish they were. Drenge is that hard hitting rock band that you worried didn't exist any more.
Fuckabout

4. Kendrick Lamar - To Pimp a Butterfly trickin' Pimp My Sleigh from Fat Heads. This Belgium, strong dark, shouts 'Tis the season for sleigh rides and serious pimpin'. Bang Kendrick in the back of your ride, that'll get those reindeer moving.
Alright

3. The Weeknd - Beauty Behind The Madness with quenching sub-woofer Bass Drop Imperial Stout by Tiny Rebel (Wales). Its all about that bass, no treble, and no going light when it comes to a good imperial stout. You know what they say, the blacker the beery the sweeter the juice. This beer is so good I can't feel my face.
The Hills

2. Donnie Trumpet & The Social Experiment - Surf in the lab with Breaking Bud IPA by Knee Deep brewing. Currently my favorite hiphop artist, Chance the Rapper, teamed up with his brother and a whole squad of talented musicians & emcees to do a little experimentation. Knee Deep took one of the best TV shows of the last decade and did a little experimenting of their own. 9 out of 10 mixologists find both the album and the beer to be 100% dope.
Warm Enough feat J. Cole & Noname Gypsy

1. Alabama Shakes - Sound & Color enhance your rhythm with Shake Chocolate Porter from Boulder brewing co. This was a tough pick for the #1 spot but I've seen Alabama Shakes live and there hasn't been anything like them since James Brown, The Shakes, and Boulder's Shake, Chocolate Porter, are both equally clutch on the dance floor, as they are curled up on the couch with some Netflix.
Don't Wanna Fight No More 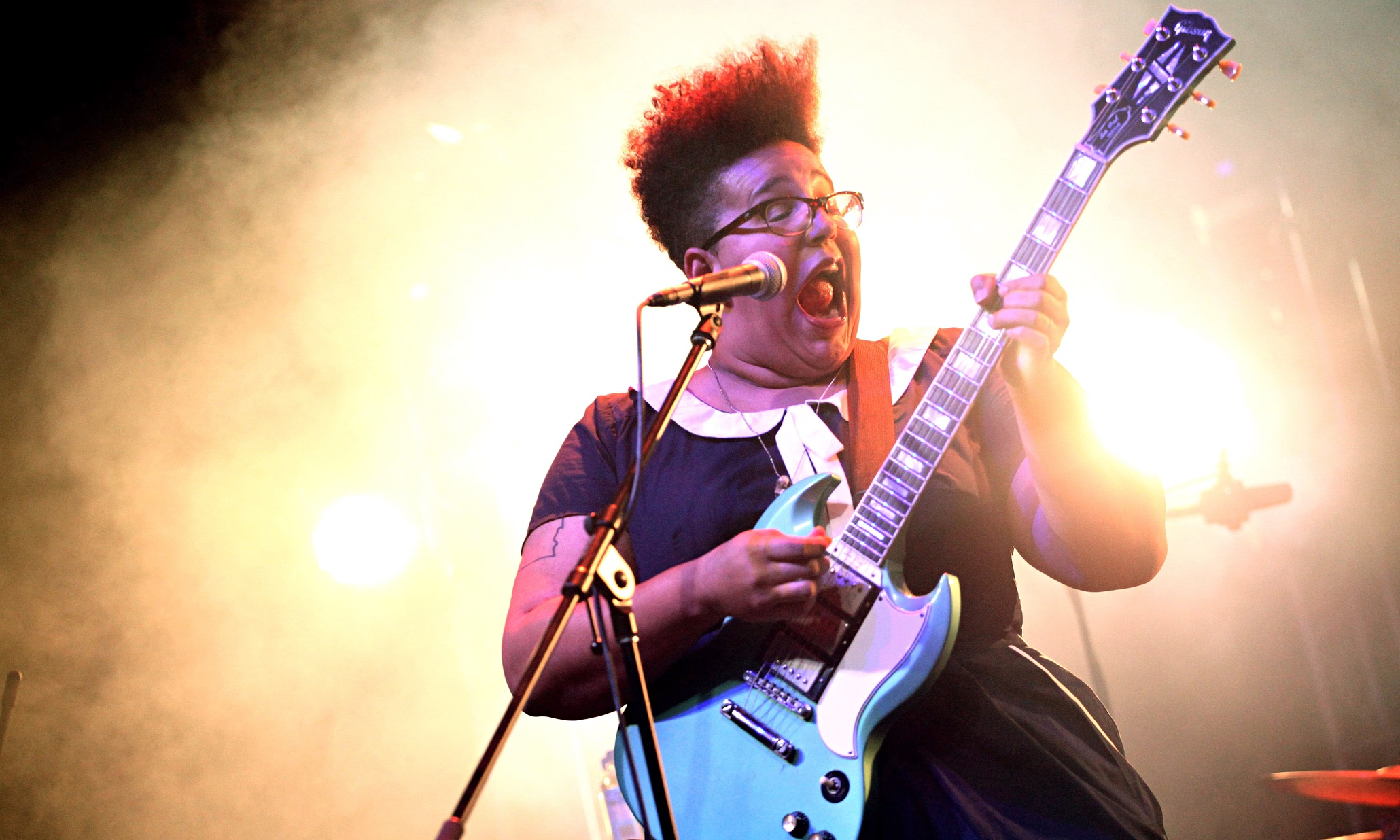