If my months are competing for best beer tastings of the year, March is going to be the team to beat. Just look at the line-up I had the pleasure of devouring this past thirty-one days:

10. Gal Friday - LIC beer project (NY)  - This American Wild Ale is a truly gulpable sour. How is it so tart yet so refreshing? The secret must be hiding in Long Island City.

9. Pineapple Sculpin - Ballast Point (CA) - So much better than I had anticipated. If you've tried their Watermelon Dorado I bet you were ready to start comparing them to Budlight Lime. This Pineapple is a win though. It's not overpoweringly fruity and the pineapple tastes like real pineapple, just like the shnozzberries. 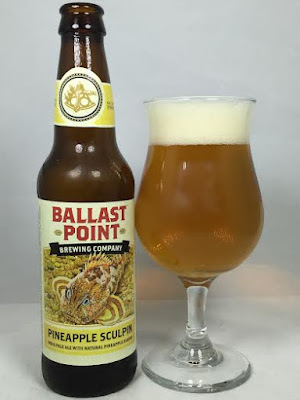 8. Gimme Somoa That - Rushing Duck (NY) Yes, just like the girl scout cookies and they did a fantastic job of emulating the flavor in Brown Ale form.

7. JAWN - Neshaminy (PA) Chalk full of juice just like Half Acre Daisy Cutter or Singlecut Bon. This could become a go-to Pale Ale for me. 6. Make It Rain - Barrier & Other Half (NY) Barrier is one of the most underrated breweries in the country right now; and Other Half is one of the most talked about. What a killer American IPA collab combining Hop Showers with Money. If you haven't tried any of the three you have some beer trading to do ASAP Rocky.

5. Honey Oat Gose - Kent Falls (CT) This is the first Honey Oat Gose I've wrapped my lips upon and it was ravishing. The style combination confused my brain, I was expecting a train-wreck, but it ended up being boarder-line perfection.

4. Lunch - Maine (ME) I was late to Lunch but I'm glad I finally made it. Three exceptional IPAs made this month's list and this one being the most hyped, lived up to its reputation.

3. Sunday Mourning Stout - Weyerbacher (PA) There is a reason everyone is talking about this breakfast stout.  I will say I was already a big fan of Weyerbacher for their Blithering Idiot barley wine. To many people SMS is their their best work yet. So much coffee, is there such a thing as an Irish Espresso? 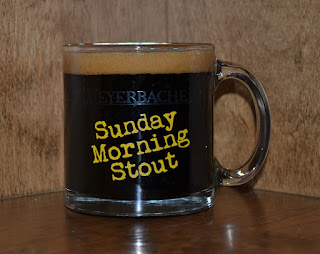 2.. Grape Swisher - Carton (NJ) The mad scientist brewers at Carton have done it again. This Rauchbier is based off the flavors of a grape blunt wrap. Its one of the most unique beers I've ever had. I thoroughly enjoyed experiencing this brew, but I think one 8oz pour is enough for one life-time. 1. Animal - Greenpoint Beerworks (NY) I wouldn't mind one bit if Greenpoint Beerworks never reaches the popularity levels of Other Half or Threes. I hate waiting in lines for releases and I can't stand not being able to get a seat at a bar. That's right, I can't stand standing... This Farmhouse ale is quite musky, with tart blueberry and pineapple notes. What makes it really special is how silky smooth and drinkable it is for such a funk festival. 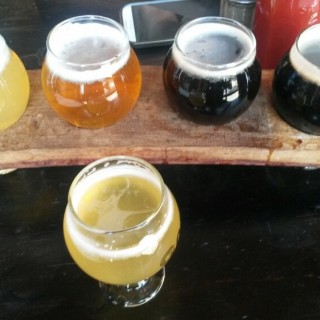 What were the best beers you tried this past month? 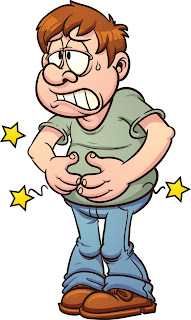 Beer is a very complex compound. Even at a three ingredient German approved level. Cut to the year 2016 with the very experimental, artisanal American craft beer revolution in full swing and we're ingesting some crazy concoctions.  Knowing this, it isn't surprising that digestive issues are common among many beer drinkers. 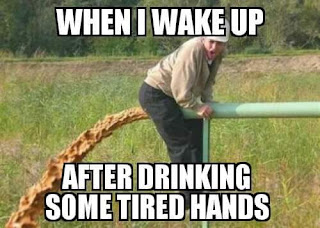 There are lot of reasons why you don't feel so good after sessioning some brewskis, but here are the most common:

Alcohol intolerance - This is when your small intestines don't produce the enzymes needed to digest the toxins. Common beer ingredients like preservatives or sulfur dioxide can set this off. If you have alcohol intolerance...you're fucked. There's no cure. If you are having serious pain get checked out, you might even have Hodgkin's lymphoma.

Gastritis - When you drink too much it jacks up your stomach's walls, which can cause inflammation or even bleeding. Coffee and Cigarettes can also be to blame. If you're doing all of the above you're basically P.O.W. style torturing your stomach on the regular. Symptoms include pain, lack of appetite, bloating, nausea, and vomiting. To get better I'll prescribe one of my dad's favorite old school jokes: "doctor, doctor, it hurts when I do this" - says the man who is hitting himself in the head.

Ulcers - An Ulcer is an open would inside your stomach's walls.  It burns before you eat or drink and it sucks-to-be-you right after eating or drinking. Unfortunately ulcers need serious recovery time to heal.

Pancreas inflammation - Self explanatory.  Symptoms are pain, take a guess where (hint it rhymes with mancreas), as well as nausea and vomiting.

Epithelial Lining damage - Pretend your stomach is the ozone layer and beer is all the pollution humans spew into the air, that's what's going on here.

Bowel Obstruction - This is a shit issue. Or you pray that its a shit issue otherwise it could be a tumor or a hernia. Symptoms are abdominal cramping, bad breath, and constipation. You may have some serious pain after drinking. This is a get your ass to a doctor immediately type of situation. 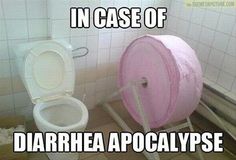 So what's going on when we drink a beer? Basically when beer hits our stomach, it stimulates the release of gastric acid. Too much can cause acid reflux, ulcers, or even cancer. New research shows that bitter acids derived from hops have the biggest impact on causing gastric acid secretion. In a nut shell the hoppier the beer, or more specifically the higher the beers IBU (international bitterness units), the worse its tearing up our stomachs. 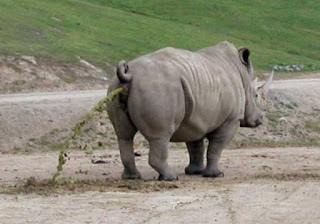 ISO relief, cures, and prevention?
First and for most stay hydrated. Drink lots of water, order a water for each beer you have. Soup or juice is even better because they can add salt, vitamins, and minerals. Add honey, its known to help burn alcohol faster. You never seen a drunk bee right?

Eating healthy meals the next day after drinking can help reduce the suffering of things like stomach aches, nausea, and vomiting. Avoid anti-inflammatory drugs, those will likely make things worse. Eat food before drinking, this is a no-brainer but is commonly an avoidable regret.

Hands down the hardest but best lesson to learn is to set limits.  Excess drinking is always the culprit.  A lot of research has shown that a drink or two can actually have health benefits but have four-plus a night for women or five-plus a night for men and the health concerns start lining up like beer geeks at a Tree House release.  I'm not giving up beer any time soon and I hope none of you will have to either. But let's remember to science the shit out of our daily lives so we can avoid discomfort and health issues. 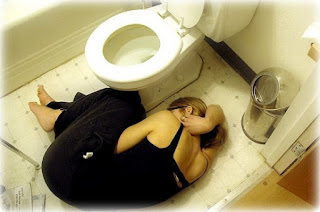