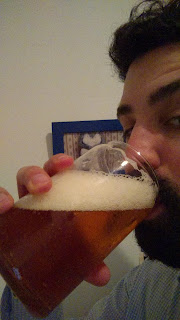 6. Lilikoio - Avery (CO) passion fruit ale. Whenever I'm at a Hawaiian restaurant that doesn't serve traditional style shaved ice, I'm a total sucker for buying the lilikoio juice in a can. Almost every place carries it. It's basically a thirst quenching  passion fruit kids drink acceptable for adults. Avery's ale version hits the right notes of the original drink without forgetting that it's beer and not a Capri Sun. 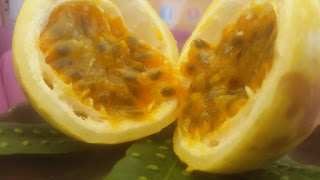 5. Swish - Bissell Brothers American double IPA (ME)
A friend told me this was one of his top 5 favorite IPAs/double IPAs so I had to call up Torst bar in Brooklyn at 11:05am (they open at 11) and find out if it was indeed on tap. It was definitely a productive double IPA but it won't be making any lists of mine beyond best of the month. 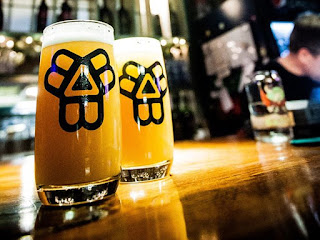 4. Telectroscopic - collaboration from Beavertown (England) & Other Half (NY) spelt imperial IPA
Other Half are quickly becoming known as one of the breweries everyone wants to collab with. They also released All Dank Everything with CellarMaker from San Francisco the same day. Telectroscopic makes my list because it was well executed and original. How many spelt beers have you tried? 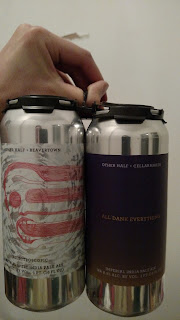 3. Liepziger Lavadula Juniperus Gose - Bayerischer Bahnhof (Germany)
First of all Gose has become the chameleon of craft beer styles. Every new one I try seems to be on a completely different pallet spectrum than anything I've tried previously. This one almost falls into a winter ale category for me. A lot of spices are present. Not sure how it works as a gose, but it just does. 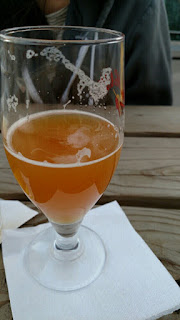 2. Sweet Baby Jesus - Duclaw (MD) chocolate peanutbutter porter
You know how oftentimes with wine the label reads of fifteen flavors and most non-sommeliers only detect like three? Craft beer can land in that zone of empty promises as well, but not Sweet Baby Jesus. It says Chocolate and Peanutbutter and that's exactly what you get, mmm. 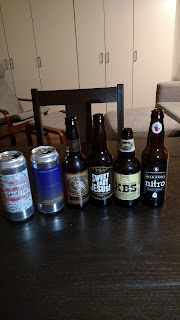 1. Double dry hopped Melcher Street IPA - Trillium (MA)
Trying Trillium has been on my beer bucket list for a while. Last time I was in Boston it was a weekend and they closed too early Saturday for me to make it a d they're closed all day on Sundays. I about popped my cork with frustration. Thankfully I have amazing friends. One of my good buddies brought me three bottles, including Congress Street and  Mosaic dry hopped Fort Point to try when he came out to NYC for a conference. All three bottles I tried got A+ grades from me. This one just happened to be my favorite of the haul. 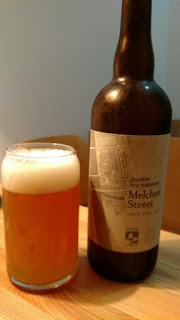 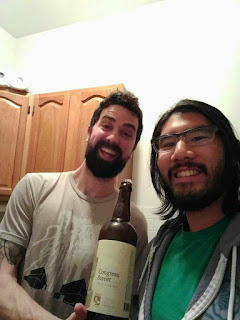