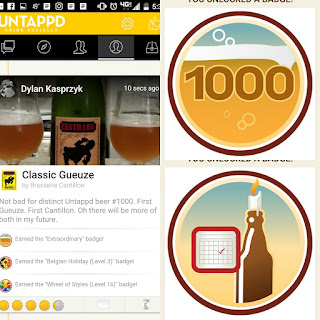 After just recently trying Cantillon Gueuze for the first time, my 1000th distinct beer on coincidentally my one year anniversary since joining Untappd-- I felt a best-of issue was in order. But you know Pimpin' doesn't do anything basic.  So here's a list of the most enjoyably weird, interestingly unusual, and deliciously unique beers I've tasted from the past 1000.

25. Other Half - Grape Conversate: It probably doesn't sound that weird, but grape flavored beers are pretty rare, and this one is just grape IPA, juice-bomb, hop candy, surrealness.
Pimpin': 5.00  Untappd: 3.73 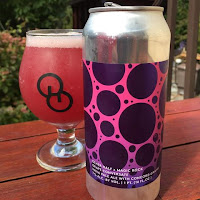 22. Laht Neppur - Hot Chocolate Strawberry Porter: Okay this almost didn't make the list because the adjuncts aren't that crazy, but believe me when I say I've tried tons of fruit-chocolate stouts and porters and this is the only one that tastes legitimately like hot chocolate and strawberries combined.
Pimpin': 4.25  Untappd: 3.81 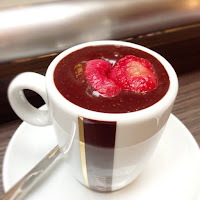 20. Council Guava Tart Saison: There aren't enough breweries using guava, and most saisons aren't tart enough. I'm not a huge guava fan or saison fan but this beer converts both for me. Council also makes a whole arsenal of other fruit sours.
Pimpin': 4.25  Untappd: 3.97

19. Valiant - Orange Slice Candy Sour: Remeber those gummy candies that look like orange slices? This tastes exactly like a sweet-tart version of those. Best Halloween party-favor of all time.
Pimpin': 4.75  Untappd: 3.88 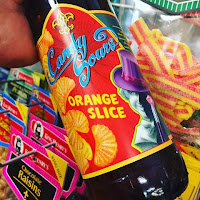 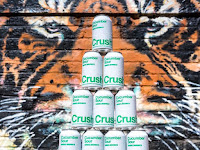 17. Ten Ninety - MPH: Cayenne and pomegranate juice, with a bittersweet dark chocolate porter backbone. This beer will confuse your tastbuds, but the adventurous drinkers that taste it with an open-mind with be rewarded handsomely.
Pimpin': 4.25  Untappd: 3.88

16. Omnipollo - Magic 420 Vanilla Waffle: They were serving this as an ice cream float at a tap-takeover at Brouwerij in Brooklyn, I opted for just the beer. I wish I went back for seconds and tried the full experience (there were new Tired Hands releases on-tap that night, what's a man to do?). If you've had this with the ice cream please leave a comment about your experience-- I'm dying to know more.
Pimpin': 4.75  Untappd: 3.61 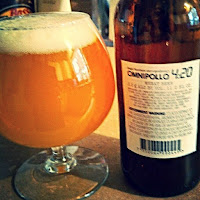 15. Almanac - Heirloom Pumpkin 2014: Sour rye brandy barrel-aged pumpkin barley wine... wrap your head around all that. Trust me when I say it's just as hard to wrap your perplexed tongue around all these flavors when drinking it.
Pimpin': 3.75  Untappd: 3.89

14. Brooklyn - Kaedama Ale: Made specifically to be paired with the famous Ippudo Ramen (thought of by many as the best ramen joint in NYC and one of the top in the U.S.). Brooklyn Brewery executed the challenge to perfection, I've never had a beer that went better with ramen.
Pimpin': 3.75  Untappd: 3.84

13. Two Roads / Evil Twin - Geyser Gose: Two words: Icelandic Moss.  This is one of my favorite collaborations of all time and one of my favorite goses. It's just so refreshing in both the unique sense of the word and the definition of thirst quenching.
Pimpin': 4.50  Untappd: 3.84

12. Buckman Botanical - Double Fruitcake: It's baffling how fruitcake-esq this is. Now I'm not a fruitcake fan. Are there fruitcake fans out there still?  But this brew gets plenty of points in my book for accuracy.
Pimpin': 3.75  Untapp'd: 3.13 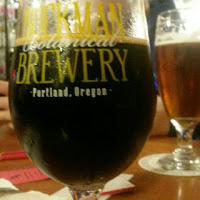 11. Baird - Wabi - Sabi Japan Pale: Woooo, that's what brewed with Wasabi tastes like. It doesn't have much of the heat, but it definitely has the spice notes, most prominently in the finish.
Pimpin': 4.0  Untapdd: 3.39 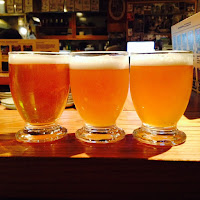 10. Firestone Walker/ 21st Amendment/ Stone - El Camino (Un)Real: A dark strong ale that drinks like a stout with: licorice, vanilla, dried mission figs, pink peppercorns, fennel and chia seeds. It's a tribute to The El Camino Real Highway that runs through California-- the three collaborating breweries took a road-trip together collecting random ingredients along the way... that oddly enough work together quite nicely.
Pimpin':4.25  Untappd: 3.89 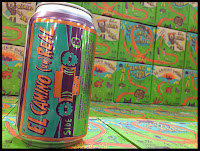 09. Fremont - The Rusty Nail: I proclaim Fremont the Kings of making cocktails into stouts, the court is dismissed. This dark and herbally anise monster is definitely one of, if not the best stouts I've tried in the past year.
Pimpin': 5.0  Untappd: 4.55 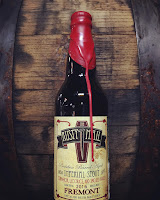 08.  Postdoc - Ghost Reaper Pumpkin Ghost Pepper Porter: Please stop hating on Pumpkin beer already and try this. It's impressive how much Ghost Pepper flavor is in here and the heat is balanced well enough that your taste-buds aren't burnt off-- so still you get to savor all that great chocolatey roasted pumpkin porter goodness.
Pimpin': 4.25  Untappd: 3.90 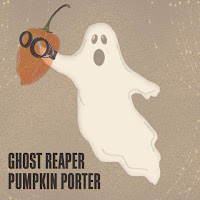 07. Woodland Empire - Set em' Wild Set em' Free Beet: Beets in beer sounds weird, it is, but it's also sour and amazing. Don't be afraid of this brew, it's too special not to try if you get the opportunity. Woodland Empire makes several tasty peculiar sours, another to look out for is their Juniper + Rye (it tastes like a pickle sandwich).
Pimpin': 4.50  Untappd: 3.39

06. Carton - Grape Swisher: A ridiculously smoky rauchbier, Its truly like smoking a liquid blunt, the fruity grape kind all the young hipsters that are too cool to vape are using these days.
Pimpin': 4.25  Untappd: 3.57 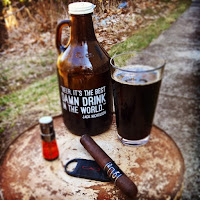 05. Spiteful - Goddam Peanut Butter and Jelly Porter: Just take my money. PB and J is all I ate as a kid, and this is all I want to drink as a... technically I'm a grownup I suppose. All the flavors are spot on and this one goes down dangerously easy for being so rich and creamy.
Pimpin': 4.75  Untappd: 3.75 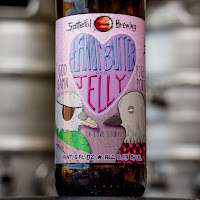 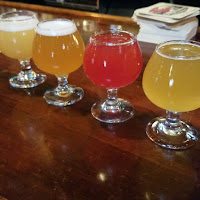 03. Big Al - Time Capsule August 2008: A small batch brewed once over the course of 8 years while adding random beers to the mix along the way. You know those chefs that use a cast-iron skillet to cook everything and never wash it so everything they make holds the essence of hundreds of mouthwatering dishes created before it... this is kind of like that but in a super complex and balanced ale.
Pimpin': 4.50  Untappd: 4.12 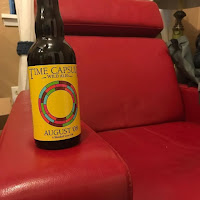 02. Dogfish Head - Wastenot Pruno: A Collab with Chef Mario Batali for their popular web-series That's Weird, Let's Drink It. They use old overripe, about to be thrown-out fruits and vegetables repurposed beatifully into a tasty veggie-vinous experience that is best enjoyed pour from a cask.
Pimpin': 4.25  Untappd: (no rating only 8 check-ins last I looked).

01. New Belgian - Coconut Curry Hefeweizen (Lips of Faith series): There's no way I can prove to you that this isn't going to taste disgusting unless you have a chance to try it for yourself. Kudos to New Belgian, if you thought they were old news you have another think coming, these old dogs are still schooling the competition with new tricks.
Pimpin': 4.0  Untappd: 3.40